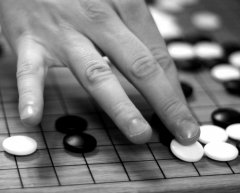 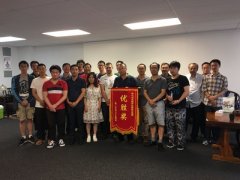 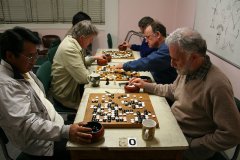 "Neither mastery nor satisfaction can be found in the playing of any game without giving some attention to the relatively neglected skills of the inner game. This is the game that takes place in the mind of the player, and it is played against such obstacles as lapses in concentration, nervousness, self-doubt and self-condemnation" - from "The Inner Game of Tennis" by W Timothy Gallwey.

Why do we play Go?

One day, while pondering how to get better at go, I wondered if I might not be asking myself the wrong question. Perhaps if I understand what I get out of playing go I might not need to get better. Or perhaps a better understanding of why I play might help me improve. Whatever the benefit I decided I had to know what drives people to play go.

A book was suggested to me. It is called "Beyond boredom and Anxiety" by Mihaly Csikszentmihaly (a pysychologist). It gives details of studies on the intrinsic rewards people get from play. The studies included some Chess players whose experiences are probably similar to those of Go players.

In the studies people talked about reaching a state of mind during playing which was most often referred to as "Flow". This is a state of optimal or peak experience which is very enjoyable. People talk of this state as "Not noticing if the telephone rings, or if the building catches fire". They are totally immersed in the game.

Not all activities result in flow and none will do it all the time. The components required for flow are that the skills required to compete are matched to those available to the participant. If the task is too easy you become bored. If the task is too hard you become anxious. The other requirement is some sort of inducement. This is easy to see in the case of rock climbing or gambling, where life or riches are at stake. For the likes of Chess or Go the rewards are the winning or losing of the game. For most people these are enhanced by the further rewards of tournament success.

Achievement of the goal is important to establishing flow but the goal is not in itself satisfying. Enjoyment comes from the activity alone. Being too concerned with the end result not only reduces enjoyment but the fear of losing can distract a player's concentration. A Samurai swordsman concerned about winning will be beaten by an opponent who is not thus distracted.

People who play games for a living are less likely to experience flow. There seems to be a necessary element of choice. This mirrors the statements of some professional players that they never play for enjoyment.

People in flow also tend to play better. People talk of being "At the peak of one's powers", "Feeling at one with the experience", "Concentrating without trying to concentrate". You play with a natural rhythm and all of your experience is called on to find the next move.In my own experience it takes a number of moves before I start to feel any of this. I always feel nervous during the early fuseki. When I get into positions I can understand then, sometimes, I get lost in the analysis of sequences and start to enjoy the game. When in this state I can mostly predict my opponent's moves and feel confident in the moves that I play.

Sometimes I get nervous and am not confident of my reading then I play moves that I know are not the best. When that happens I become judgemental and play further bad moves and lose hideously. This happens when I play people as strong as or stronger than myself. Go books constantly stress the need to be objective and not attached to your stones. I think this refers to bad moves as well as light stones. If you fixate on your bad moves it is very hard to get back into flow. Consequently you can't enjoy the game any more.

We see that the questions of enjoyment and ability are closely related. If we are enjoying the game we can concentrate and good moves come easily. We learn and improve naturally. If we are anxious or bored it is hard to concentrate and we play sub-optimal moves.

It is important to recognise this so that we can do something about it. We need to increase the proportion of the game that is played in flow. In ball sports the expression "watch the ball" refers to transferring one's attention to an external object to still the mind. In go we probably need to maintain concentration by focusing on the board as it is. If we ignore the sequence of moves that produced the position we are more likely to find a creative move. I finish with another quote from "The Inner Game of Tennis" describing true competition. "Winning is overcoming obstacles to reach a goal, but the value in winning is only as great as the value of the goal reached. It isn't the opponent we defeat, it is simply a matter of overcoming the obstacles he represents."