The Ukai Cup or the World Amateur Women’s Go Championship begins on 28 November.  This year it will be an online tournament, run by the Nihon Kiin., with the following format.

There are 38 countries participating.  Four of those countries are seeded to the quarter finals. - Japan, China, Korea and Chinese Taipei (Taiwan).  The remaining countries appear to be divided into pools, though it is a little unclear how those pools are made up. 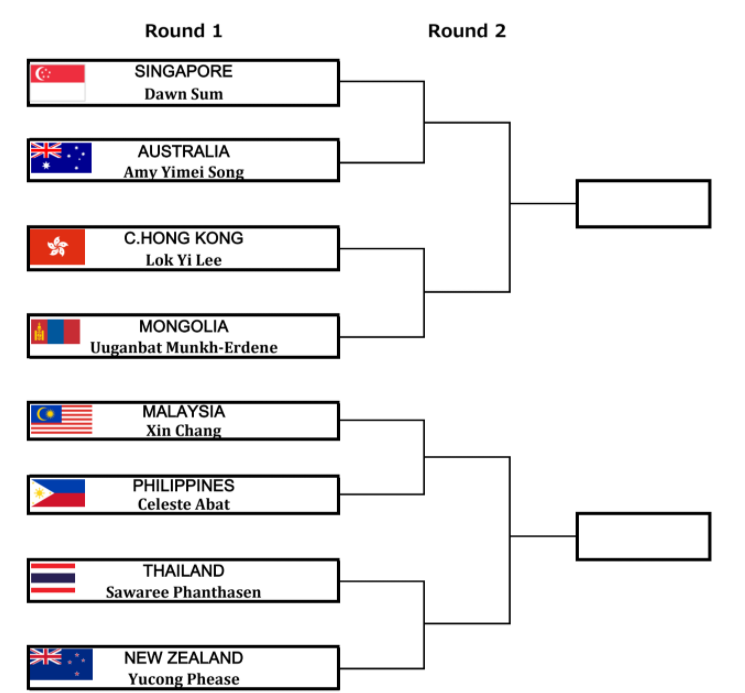 New Zealand is playing in a, “Asia-Ocenia” pool of 8 countries which will provide two players for the final rounds.

A full list of countries participating was communicated on 25 November.   The colour coding of this list suggests there are two other pools – an America’s pool of 6 countries  and a rest of the world pool of 15. 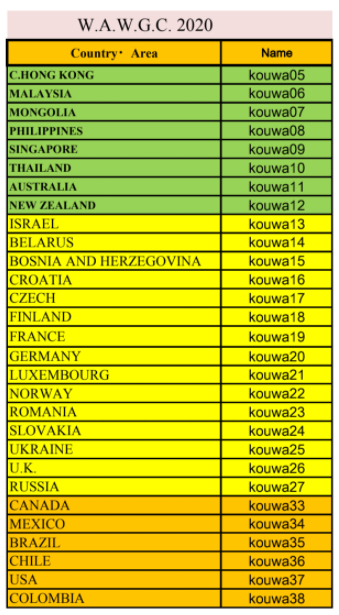 The names associated with each country – “kouwaxx” are the online names assigned by the organisers.  Games will be played on the WBADUK (http://www.wbaduk.com/) server in the Japan room and these names will help you identify which countries are playing each game.  Unfortunately no times for matches are assigned as players will be organising that for themselves but if you keep your eye on the Japanese room you may catch matches.

Playing dates for each round are as follows: