Firstly thanks to everyone for helping me run the tournament by organising your games, promptly sending in results, replying when I had questions, putting up with the odd mistake I made and even giving me encouragement occasionally :-) I really appreciated it all, many thanks.

We can all give ourselves a pat on the back for making the games happen. In the open division only one game did not get played. In the handicap division - with almost twice as many players - only four games were missed. Pretty good I reckon!

This was my first online tournament - as organiser or player - so there was a fair bit of learning, and I have to give thanks to the Australian Go Association for letting us ‘borrow’ a lot from their online tournament material - it helped a lot! It all got easier as we went along - except for my games where the usual suspects dealt to me as they usually do. It became a routine, every night I enter the results, look at a couple of the games, check how everyone is getting on. It truly feels strange now this has just suddenly stopped.

The winners. Congratulations and well done to Chahine Koleejan (Open) and to Michael Goltze (Handicap)! Also to Teri Cheung who did not lose any games in the handicap division but was behind Michael because one of his games that did not get played.  Ken Xie (Open) and Greg Williams (Handicap) also did very well with just one loss each. The prize money goes to:

Handicap: we advertised $50 for first and $20 for second and third - but with a field of 29 entrants we can do better! 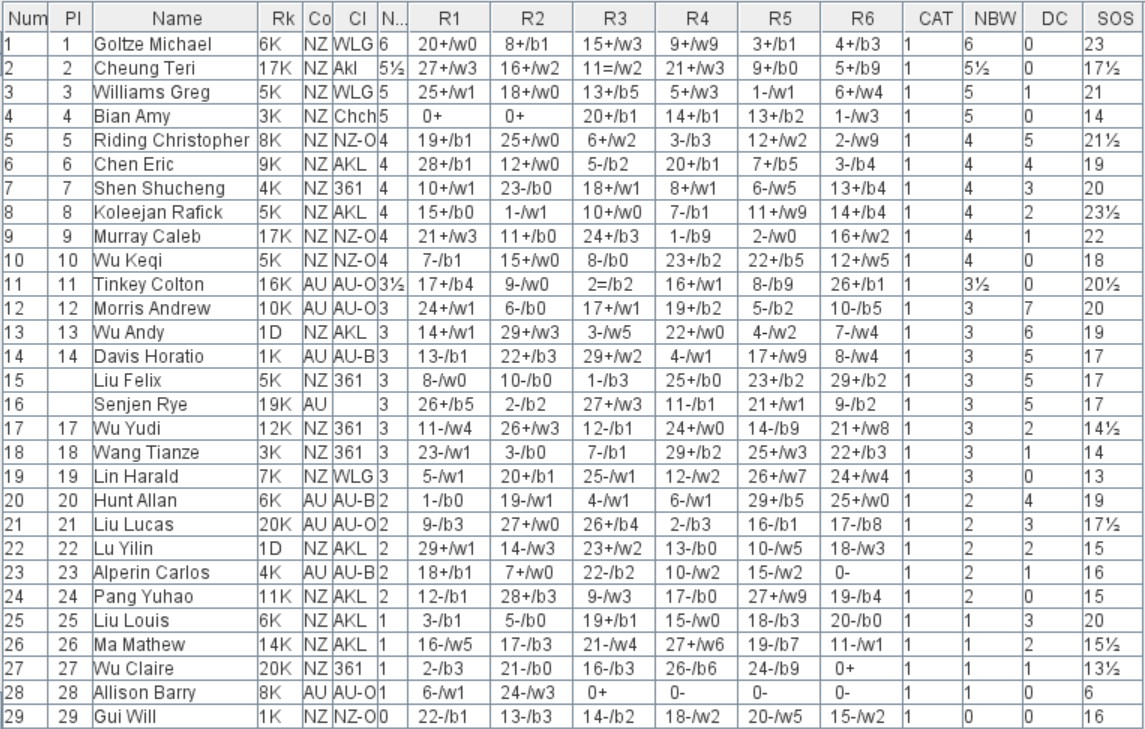