Wow!  I’ve seen the future of New Zealand go and it is exciting

There has never been a go tournament like this in New Zealand before.  With over 50 participants it was double the size of most NZ Championships.   Even more impressively, it was contested entirely by young children, most of them under 10 years of age.

The beginners’ group (Group C - 35 players), who had played for less than a year, played their games on 13x13 boards.

The intermediate group (Group B - 13 players) who had played for 1-2 years, played full board games.  There were 5 rounds for groups B and C.

The children in group A were Yilin Lu, Andy Wu,  Daniel Liang and Oscar Lu.  They first played two games against strong players with a seven stone handicap.  If they won one of those games they would receive a 1 dan certificate.   Those games were then used to pair the players in a knockout contest to decide the winner of the Lanke Cup.

The beginners and intermediate tournaments were run using a McMahon system with Kevin Yang managing the results.  He was assisted by a small army of helpers assigned to respond to any raised arms if children had questions, to help them complete games, count the results and return them to Kevin.  Counting on 19x19 boards was accomplished by taking a photo and having the result calculated automatically.

There was a lunch break with fruit and snacks provided.

The tournament finished at 2pm with prize giving.  Students were brought on stage in groups to receive their grading certificates and face the glare of flashing cameras from the large audience of parents!

Kevin was impressed with the respectful and calm manner of the kids, compared with their usual boisterous behavior during regular go classes!  I was particularly impressed by the game between Wang Tian Jia and Jessica He.   One of them played the second last dame and pointed out the last dame to her opponent.  When the game was counted and turned out to be a draw (in NZ rules), they were both equally delighted and the happy smiles on their faces as they shook hands reflected the friendly spirit of the tournament. 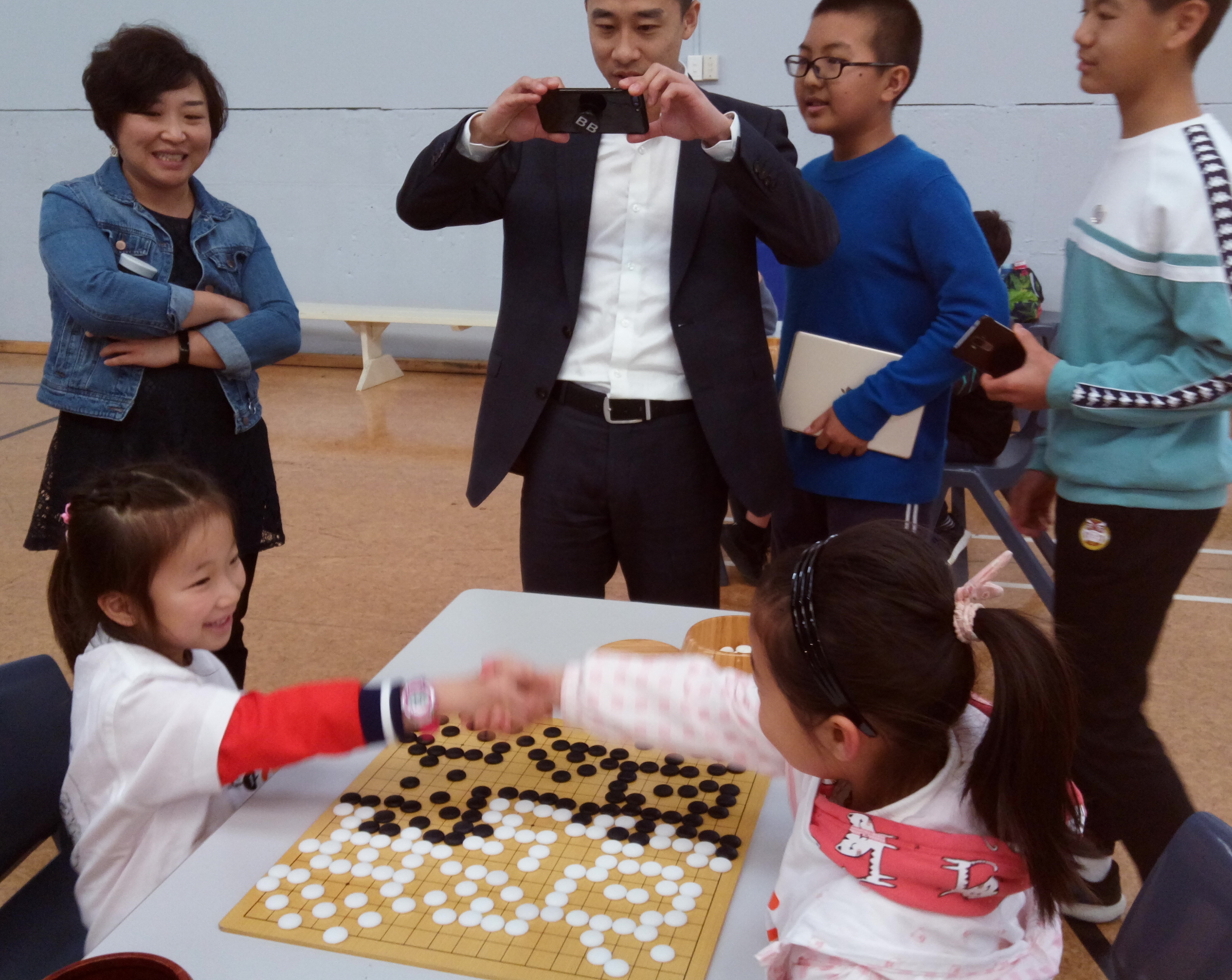 The Lanke Cup was the initiative of the 361 Go School principal, Kevin Liu and it Marketing Manager Lydia Wang.

Kevin, who trained to be a professional player in China began teaching go in his first year at the University of Auckland in 2011.  The strong Auckland go player Du Shiyong had a small go school (4-5 kids) and Kevin was teaching there through 2013.

In 2015 after completing his engineering degree Kevin took a job in the cultural desert of Tauranga and was lost to the Auckland NZ Go Scene for a year or two, but in 2016 got a job back in Auckland.

After 2016 Kevin noticed a rapid increase in the number of parents looking for go lessons for their children.  He began to run more and more classes but by 2018, the time required to teach his many (40-50) students began to exceed the waking hours of a man with a full-time job in engineering!

Help arrived in 2019 in the form of the dynamic Lydia Wang, who took over managing logistics - marketing, organizing venues, advertising, communicating with parents, finance.

Together Kevin and Lydia set up the 361 Go School, a name proposed by Kevin’s father.

Vital assistance was also provided by Kevin Yang (21) a computer science student at Auckland University.  He developed teaching materials that helped deliver the go curriculum that Kevin had prepared for the school’s classes.

Also vital to the success of the school have been the group of young teachers who take the classes.

It was the children of the 361 Go School who were invited to play in the tournament, providing an opportunity to test their newly acquired go skills in a wider group and to receive an official grading from the school depending on their performance in the tournament.

When major sponsorship for the tournament was secured (See below), the event never looked back.

LanKe is a mountain in Qu Zhou, the ‘City of Go’ in the province of Zhe Jiang.  It can also be understood to refer to the game of Wei Qi.  The QuZhou Lanke Cup is one of the most prestigious professional go tournaments in China where famous players like Gu Li and Ke Jie have come second!

So how did the name of this very important event come to be associated with a tournament for children in Auckland?  We need to go back to a visit to Auckland by Professor You (Xiaochuan), from the Tsinghua University.

He appeared in Auckland at the weekly Go Club meeting at the Palisander Furniture shop.  Professor You was involved in development of the Golaxy AI program, and offered Kevin a chance to play an early version of the program.  He easily beat it on 4 stones and won also on 3 stones.  A more developed version of the AI recently finished second in the world AI championships. The professor accepted a dinner invitation from Kevin and they parted as new friends.

When Kevin was in Qu Zhou at a large go event in August 2019, he met the professor again.  He introduced him to the president of the QuZhou go club.  After that meeting Kevin received an offer to help fund his planned tournament for kids in Auckland.

The organizers also received sponsorship from a number of companies (see below) as well as personals donations from individuals.

This very generous sponsorship meant the tournament was able to advertise itself very well and the children did not pay entry fess and received a very cool t-shirt, a goody bag, fruit drinks, and at the end of the tournament, a certificate indicating their rank.  Top players in each group received engraved glass trophies.

It’s namesake may be on a different level – for professional players rather than children – but the New Zealand stars of the future were surely represented here in the Auckland Lan Ke Cup.

Kevin, grew up in Shenyang and wanted to be a professional go player as a child so he studied at a professional go institute instead of going to regular school.  At the age of 13, after several attempts to become a pro Kevin left go school and joined regular school to get a broader education!  He came to NZ in 2009 so he could attend Auckland University to study engineering.  He graduated in 2015 and is now employed as an engineer by Kāinga Ora

His go strength is close to professional so equivalent to about a 7 Dan amateur rank, the strongest player ever to live in New Zealand.

Lydia was in the process of setting up a platform for parents in New Zealand to help find their children extra curriculum education, when she stumbled upon an overworked Kevin and almost immediately they were drawn to each other’s work ethic and realized they had what it would take to get Go School off the ground in Auckland.

Photos of the tournament 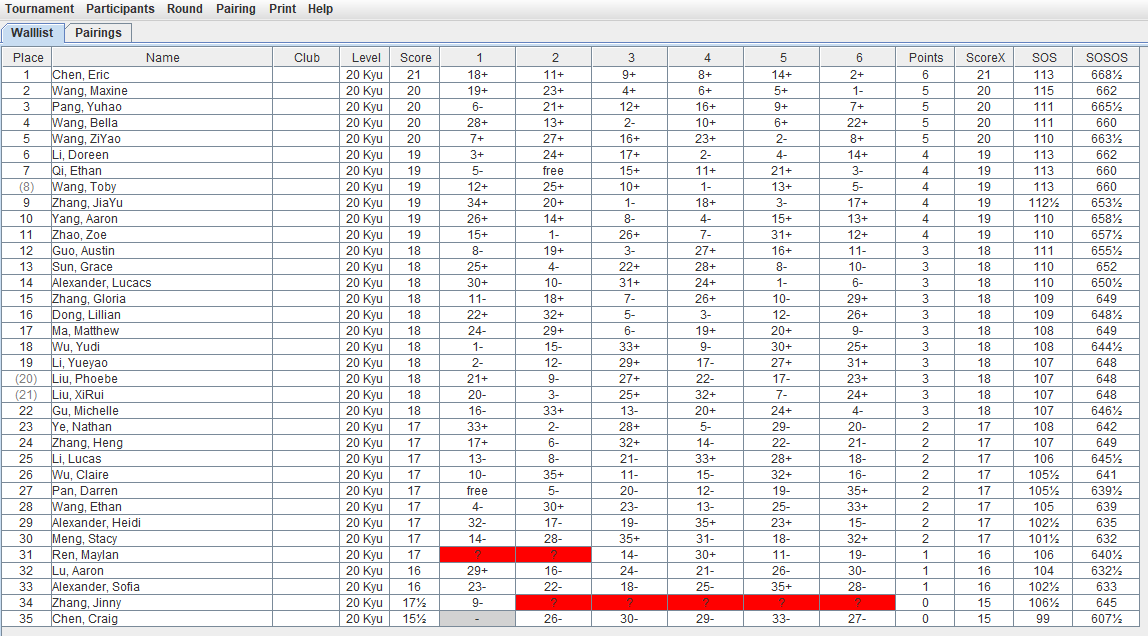