Almost all of the seeds made it though the round of 32 safely, but more of that later!

Chahine (5D) came close to an upset win in his game a against Nikola Mitic (7D) of Serbia but his endgame let him down.  It was an awkward game in which decisions about vital points, attacks on weak groups and timing of invasions exercised both players.  Check out his comments on the game.

While Chahine just missed out on what would have been a fantastic win there was at least one upset in the round of 32.  Interest in the Ukraine/Argentina game was justified as the 12 year old Vsevolod Ovsiienko (3D) beat the 60 year old Fernando Aguilar (7D) by 6.5 points.

Rie (6D) of Australia was unable to produce a similar miracle against Ma (7D) after the tail of his group was eaten while fleeing from the dragon’s den.

Jan Hora (6D) just missed an upset against Guang Chow (7D), at least  a win by Hora could have been considered an upset because of their rank difference.  But in fact Hora was seeded 6th because of the past performance of Czechia at this tournament.  At more than one point in the game he was rated by Katago at better than a 90% chance to win.  The game was analysed live by Go Pro Yeon Woo https://www.youtube.com/watch?v=HLMTfinhd4M with many insights throughout the analysis.  It’s a long video but judicious use of the fast forward button should help find the best bits, especially at 2:09 when Chow engineered a remarkable comeback.

Matches to watch out for in the round of 16?  China v Serbia will match two players ranked as 7D, though the odds would have to be with China.  After Guang Chow’s shaky win against Jan Hora maybe the youngster from Ukraine has a chance of another upset.

The round of 16 is scheduled for August 19th and 20th.  The best way to find the times of these games is to check the listing for the games in the Tygem Championship room. 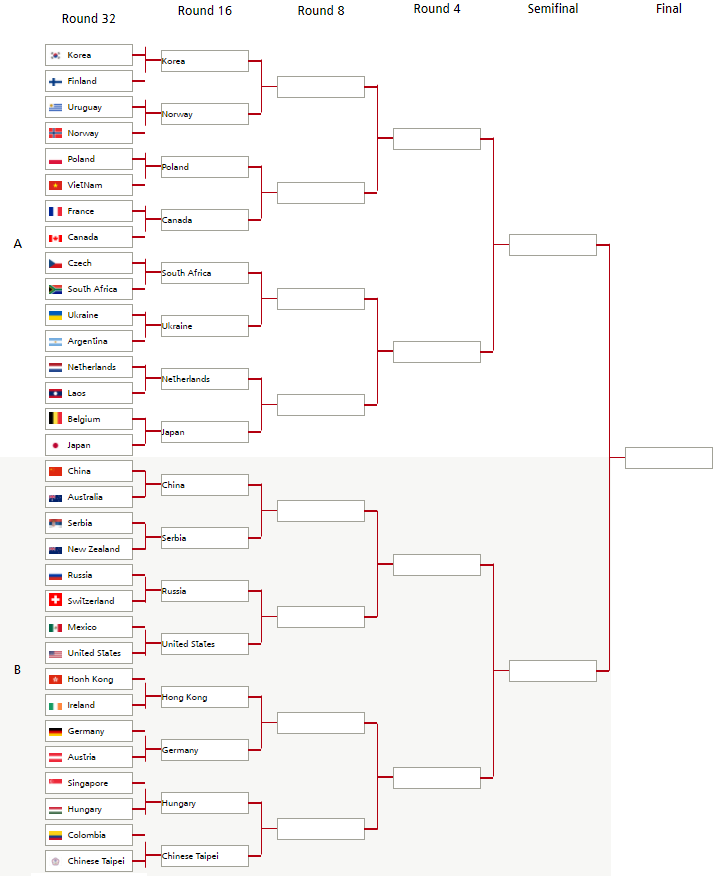