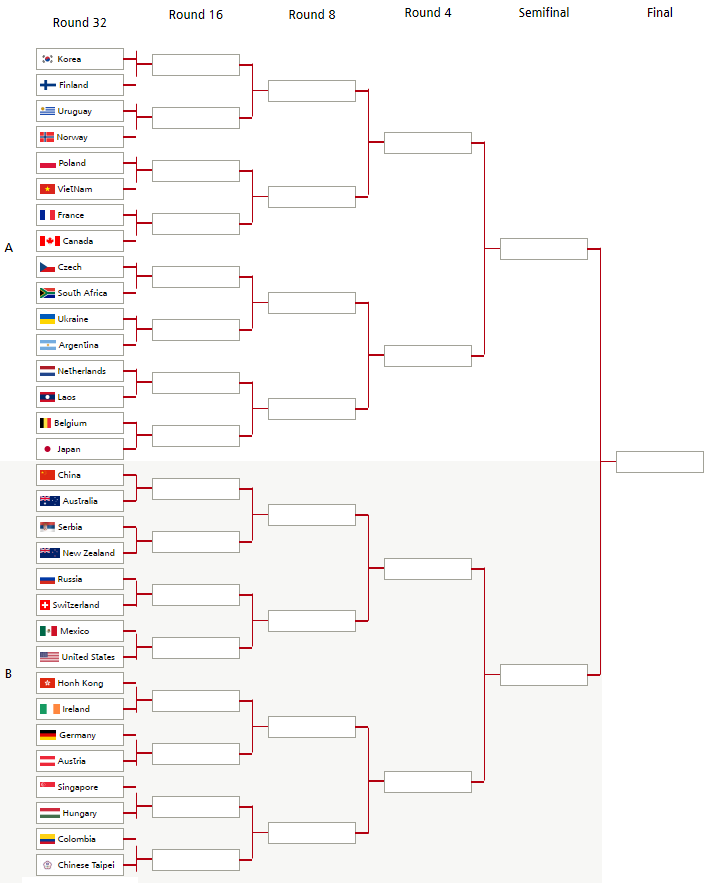 The game did not begin well by not beginning at all.  Someone had added a note to the game that it started at 19:00 (Korean time) instead of 9:00.  It took half an hour to find a referee which meant Alfonso had to play a little later into the Uruguayan evening!

Chahine’s game was a great example of moderation.  He was always in control and was able to coast to a 20 point victory!

After 2 rounds, those who have won 2 games qualify for the round of 32.  Of course, the big 4, China, Korea, Japan, and Chinese Taipei all qualified from the 4 Asian groups.   From the 8 European groups the qualifiers are Poland, Germany, Serbia, Ukraine, Hungary, Czechia, South Africa, and Austria.  The Ukrainian is Vsevolod Ovsiienko 3d.   He is the youngest player at the tournament, having won the 2020 U12 European Youth Championship!

From the 4 pools of the Americas group, the first qualifiers are USA ( I assume although the results of round 2 for this group have not been posted as of writing), Canada, Argentina and New Zealand.  Jaerong Jie (6D) of Australia lost to Aguilar (7D) of Argentina, so must sweat it out in a sudden death game in round 3 to make the last 32.  His opponent will be the winner of the Peru v Venezuela game.

The matches for the round of 32 will be drawn on August 13 so we must wait until then to discover Chahine's next opponent.